A friend forwarded me this note:

Here is a powerful and amazing statement defending secular humanism on Al-Jazeera television. The woman is Wafa Sultan, an Arab-American psychologist from Los Angeles. I would suggest watching it ASAP because I don't know how long the link will be active. Link

I wasn't able to see the clip (something must be wrong with my settings), but I found a transcript, and many other pages devoted to her. My enthusiasm soon flagged. Most of those pages are by fans who cheer her every riposte like a winning goal, and a lot of her claims are as wildly exaggerated as her foes'. For example,

This is literally true (that the Crusades came after Islam), but misleading in the implication that the Crusaders were acting in self-defense. Each of the several Crusades was a little different (the Children's Crusade being the maddest adventure), but in several the chief motivation of the instigators was a land-grab. Also, our psychologist ignores utterly the four-century experience of Arab Spain, which with all its faults, was generally a collection of much more enlightened and far more tolerant regimes than the genocidal Christian monarchy that succeeded them.

Or this, from the Al-Jazeera broadcast cited:

The Jews have come from the tragedy (of the Holocaust), and forced the world to respect them, with their knowledge, not with their terror, with their work, not their crying and yelling. Humanity owes most of the discoveries and science of the 19th and 20th centuries to Jewish scientists. MEMRI TV transcript

Darwin? Pasteur? Boyle? Marie Curie? Edison? Marconi? The Wright brothers? And on and on, the list of non-Jewish scientists of note. Many important scientists have been "Jews" in some sense (mostly the DNA sense; I don't know but I doubt that Jonas Salk, for example, was a frequent attendant at temple). Many more (naturally) were not. The idea that Jews have a superior genetic ability for science is not merely racist, it's unscientific. Currently some of the most important inventors in chemistry, medicine and electronics are Indians (see Indian Scientists)-- but not because of genes. Here for example is a page listing major inventors of the 20th century: Learning Site.

My Jewish roommates in college (both temple-goers) liked to boast that the three greatest scientists of recent times were all Jewish: Marx, Freud and Einstein. In fact none of them was in the only sense that should matter: each rejected Jewish mysticism and religion quite forcefully.

I'm all for secular humanism. I just wish it could be more secular and more scientific.
Posted by Baltasar Lotroyo at 10:30 AM No comments: 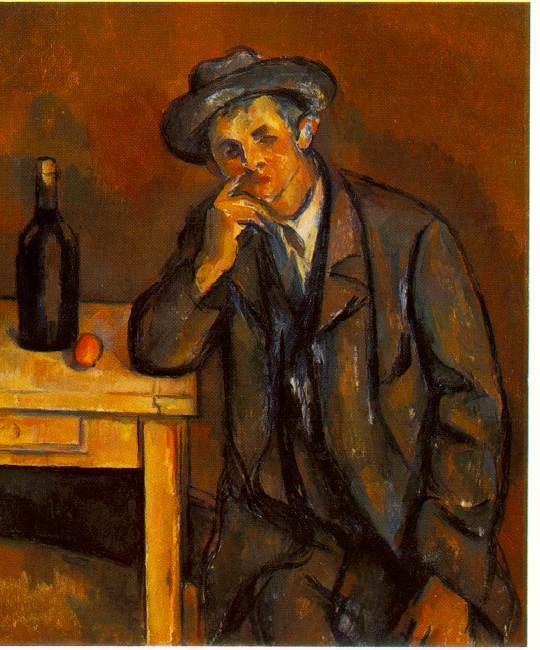 A friend in New York (from which I've been away now for several months) shared this:

"From an article in the current issue of the Jewish Week:

Garrison Keillor's "The Writer's Almanac," on PBS, recently discussed how famous artists disagreed about French Jewish officer Alfred Dreyfus when he was on trial for treason in 1894. Among the artists who supported Dreyfus: Pissarro (my favorite artist, Jewish and socialist), Manet, Monet, and Proust. Among those against Dreyfus: Cezanne, Rodin, Degas (whom I've read elsewhere was rabidly anti-Semitic), Rimbaud, and Jules Verne."

The only thing odd about this is Cézanne, who was a close friend and even disciple of Pissarro, according to an article I saw in El País on the recent exhibition of their works at MoMA (which I unfortunately missed).

Of course, anti-Semites have always made exceptions for their friends. I'm no expert on late 19th century French intellectual history, but I have the impression that fashionable anti-Semitism (which of course has always meant "anti-Jewish", not including the Semitic Arabs) was not, or not always, "racial" but rather a repudiation of allegedly Jewish cultural traits. That is, the view was that a person could escape "Jewishness" by adopting other traits (whereas a Hottentot would always be a Hottentot, no matter how well he spoke or held a fork). That was why an anti-Semite could have a friend of Jewish ancestry but who was not (in the friend's eyes) really "Jewish." And it was why Marx (grandchild of rabbis) could write such cutting sarcasm in his essay "On the Jewish Question".

The Third Reich changed all that, of course. It reverted to the more ancient "racial" view, which always had a constituency in Europe, even in the late 19th century when people like Wagner thought it was just a clever joke to say that the French and the Jews would do civilization a favor by committing suicide.