A Gift for the Sultan 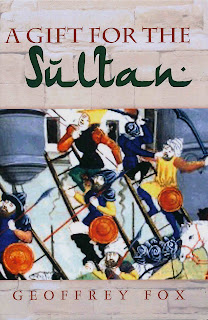 Finally, after years of reflection, investigation, writing, rewriting, and mind-wandering, my most ambitious work of fiction to date is about to appear! Launch early next month (October 2010).

A GIFT FOR THE SULTAN is a historical novel about the great conflict between Orthodox Christian Constantinople and the mostly Muslim Ottoman horde in 1402, a siege that the city narrowly survived (51 years before the Ottoman conquest).

It is also a sociological novel, where I try to take the reader into the minds of a whole range of actors, including the emperor and the sultan but also Turkish warriors, Frankish and English mercenaries, slave women, and a young Christian princess being sent to the sultan as part of the "gift" of surrender.

I first got the idea on a visit to Istanbul in 1997. What took me so long was, first, learning everything I could about Byzantium in this period and about the Turks, Serbs, Armenians and others who were involved, and secondly, getting the words right and constructing a complex narrative that made sense.

It will be available from Amazon and other sellers, very soon. If you would like an advance copy for review, I can send you the pdf.

Thanks for sharing my enthusiasm! I know at least I'm pretty excited. It's been such a long struggle! Not the publishing part, though. That has gone smoothly and professionally. I'm not getting a commission for saying this, but I really do recommend CreateSpace if you have something ready to publish. The struggle should be in the writing (as it was for me), not in the publication. Not today.