The fish that snored 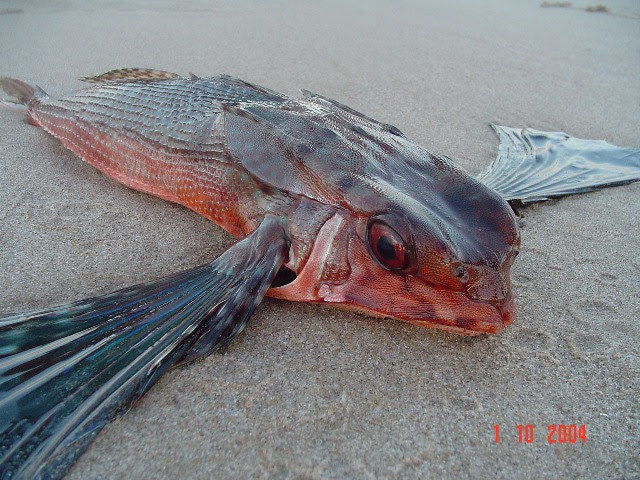 Things have been pretty agitated here in Carboneras lately, with the local Socialist (PSOE, Partido Socialista Obrero Español) municipal administration at loggerheads with the national PSOE government's Ministry of the Environment over a development project (a big hotel) on a nearby beach. The Ministry wants to tear down the hotel as a violation of coastal protection, the Carboneras town hall was counting on it as a source of employment for the citizens. It's a complicated issue, and we have good friends on both sides -- the local ecologists (Greenpeace actually seized the hotel briefly a week ago) and the local Socialists (who organized, of all things, a general strike in the village last Friday). I've started to write up an analysis of it, because it's symptomatic of a much bigger issue involving all of Spain (and probably every country on the Mediterranean), but I'm writing it English because I don't want to become a participant in the battle -- not yet, anyway, until I can offer some helpful alternatives.

What is happening is that chunk by chunk, Spain's beautiful rugged coast is getting cemented-over by hotels and enormous developments of hundreds or even thousands of second homes for opulent retirees from all over Europe. The retirees are attracted by the climate, the culture, and the excellent and free health care, better and cheaper than most of them could get at home. Golf courses, swimming pools, and the extravagant personal hygiene and gardening habits of the newcomers are sucking up scarce water, even as this part of Europe is growing drier and drier. Carboneras' big new hotel is a minor culprit – Marbella, in Malaga, has thousands of illegal shore side constructions, granted licenses by the local administration in clear and repeated violation of law, and nearer at hand, Mojácar’s once wild beach is now a solid strip of tourist traps big and small. But the nearly-completed 411-room hotel built by the big Azata company (based in Madrid) is the most recent offense, and the Ministry wants to make an example of it. The example comes a little late – but better late than never; there is still some pristine coast left to be saved, in Carboneras and other parts of the region.

But the need for jobs is real, too. Carboneras used to live mostly on fishing, but bigger fishing interests with dragnets, etc., have so depleted the stock that fewer and fewer fishermen can continue. Their sons are more like to go into construction, building those fancy second homes (like ours), but that can't last long -- space for new building in Carboneras is just about gone. So service jobs in tourism seem like the best option -- waiting tables, making beds, whatever.

A better option that has been suggested by some people here would be to encourage the development of what are called “rural hotels” inside the Nature Park (Parque Natural Cabo de Gata-Nijar) that occupies 75% of Carboneras’ territory. These would not be new constructions, which are (properly, I think) strictly forbidden in the park, but conversions of existing farmhouses, as has been done throughout Spain. There are families and farmhouse-owners eager to do this, since they can’t very well farm economically in the park and need the income, and such hotels would surely create jobs directly (hiring a gardener or cook, for example) and indirectly (through demands for services), and of course more and more attractive places for tourists to stay near town. So far, though, the authorities have denied applications for licenses for such conversions, fearing that they would in fact lead to new construction that would alter the natural environment of the park. But that has to be a better idea, both environmentally and economically, than a cement ziggurat of 411 rooms right on the water’s edge that profits mainly some huge and distant hotel management company.

The coastal area in dispute includes, first of all, the Playa de Algarrobico and extends to the pebbly shore known as the Piedra de Roncaores. The roncaor, or “snorer” fish (“roncador” in more formal Spanish, “croaker” in English) seems like a good symbol for Carboneras in its present plight. It’s about a foot long with a bulldog-like face and lateral fins like wings that, when attacked, it thrusts out to make it look much bigger than it is, while it makes an angry (snoring?) noise with its jaws. Like Carboneras (pop. about 7,000) with its “general strike” and angry speeches against the Minister of the Environment last Friday. But all that fin-thrusting and snoring doesn’t always keep the roncaor from getting caught and eaten by bigger, human predators.

(The roncaor pictured above had washed ashore in Valencia, just up the coast from Carboneras. For sketches and further data on this peculiar beast, check out Mare Nostrum. Because of its "wings," the roncaor is also known as the pez golondrina.)
Posted by Baltasar Lotroyo at 12:02 PM No comments: