Very good pictures of an architecture unknown to me. I wanted to email Karla's post to certain significant others, but since she doesn't have the email function activated, here it is for all my readers (both of you) to enjoy.

Rabbits, Toyen, and so forth: Traditional Buildings in Kutná Hora
Posted by Baltasar Lotroyo at 3:43 PM 1 comment:

I've had several responses to my note, "Can we talk?" (below). But so far none using the "comment" feature on the blog. Hmmm. I'm a believer in "If at first you don't succeed, try, try again-- and if you still don't, rethink your goal or your method or both." (I wish G. W. Bush would adopt that last part, but that's a blog for another occasion.) We'll see. It may be that the "comments" box is too constraining, or too public, or too something else. Or maybe my content just doesn't inspire a lot of comment from the sort of people who are likely to look at my blog. I look at other blogs, and the "comments" sections are generally empty. The exceptions are those where the blogger has assembled a large and avid readership about controversial themes, political or technological. For example, Juan Cole's excellent Informed Comment gets readers' responses when he asks for them.

Anyway, the responses I've had are friendly, but not especially directed to anything I had said. Which is OK, I like to exchange friendly greetings. I think this is a general characteristic of e-exchanges, that they are fissiparous, each idea suggesting some other not very obviously related idea, more a diversation than a conversation. As a sociologist, I don't take this personally but as a phenomenon that may be a key to some larger phenomena.

Among the tangents people have sent me are these blogs: Karla Huebner's Rabbits, Toyen, and so forth is a charmingly quirky collection of images and musings about, among other things, her everyday encounters in Prague, her rabbits (pets, not dinner), and "early Czech surrealism, which is to say Toyen, Jindřich Štyrský, Karel Teige, Vítězslav Nezval, Bohuslav Brouk, Jindřich Honzl, Jaroslav Ježek, Konstantin Biebl, Jindřich Heisler, and their associates in the interwar avant-garde." Now those are names not likely to appear often on my blog. I just wish Karla would provide links to those names (she has links to lots of other things) so ignorami like me could find out who those people were/are and why we should care. They're probably important, to some people, some how. And here's another as yet undeveloped blog that looks promising: Douglas Smyth's Roman Empire-America NOW!!! (What's with the exclamation points, Douglas?) He's done lots of research on the Roman Empire for a novel. Douglas, why don't you use the "comments" box to tell us what the novel is about? What century, and so on?
Posted by Baltasar Lotroyo at 11:02 PM 4 comments: 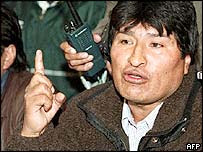 I've just discovered Amy Gahran's The Right Conversation blog. Really provocative. She's got lots of ideas about how to get e-conversations going, and how to make them useful or at least enjoyable for everybody. Got me thinking about what I should be doing here.

As she points out, "In-person conversations generally must meet the highest standards of relevance, since they require more from you and are harder to get out of quickly.... Online media offers more control over which conversations you'll join, when, and how. It allows delayed responses and divided attention, which is a blessing for less-crucial conversations, or conversations in which you wish to think carefully about your contributions, conduct research, etc."

And of course, "Through hyperlinks and other cross-reference tools (such as tags), you easily connect online conversations, or introduce relevant materials such as articles."

Now, I'm asking your help: How do I get more conversations going here, to make this blog more lively, meaning more interactive?

I think I know at least some of the reasons that it isn't, so far. I've been using a print model. The whole technology of blogging is so new that most of us are still applying old, pre-Internet formats that barely take advantage of the new possibilities.

When I was just starting this blog back four years ago, I sort of imagined it could be a "magazine", with me as publisher and editor-in-chief and other people, with different specialties, as co-editors. That's easy (technically) to set up on Blogger. What I was imagining was maybe a more modest version of what Slate and some other sites are doing on a much bigger scale (and with backers). I still like that idea, but I didn't put enough effort into it to do the two necessary things: First, define the site's aim and target audience, and second, pull together a group of editors (could be just two or three, but you need a variety of voices). Basically, just what you'd have to do in a print magazine, but without all the tremendous start-up costs (paper, printing, mailing lists, etc.)

But that was too ambitious for me. Would have taken nearly all my time, when what I really wanted to be was not a publisher, but a columnist in a magazine or newspaper. So I began writing my little essays and comments as though they were op-ed pieces.

That has been fun, and occasionally I hear from somebody who likes what s/he reads here. But not often, and not so we get a conversation going.

Here are some things that I think I should be doing differently (if conversation is my aim, and right now that seems like a really good idea). (1) Not sounding off like an expert-- If I already know it all, why should you bother trying to tell me something? (2) Suggesting hypotheses rather than conclusions, and asking you to help me confirm them or disconfirm them. (3) Actively inviting comments, like I am now -- rather than just leaving a "comments" box for anybody who is so moved. (4) ANSWERING people's comments with public "comments" of my own, visible on the site, so anybody who wants to can jump into the conversation. The few times I've received comments on the blog, I've answered privately instead, so the only conversation possible is one-on-one instead of the free discussion the Internet permits. (5) Taking up and responding to people's suggestions about what to discuss here.

For example, a month or so ago, a friend asked me what I thought about Evo Morales in Bolivia. A reasonable question, since I'm keenly interested in Latin America. I didn't say anything on the blog because, frankly, I don't know what I think about Evo Morales. Or rather, I don't have any confidence that my impressions of the man are at all right. I think what I should have done is just say that, that is, here are my impressions but don't take them too seriously without checking other sources.

So here goes, Dirk, a very late response: First, you should know (a) Bolivia is one of the few Latin American countries I have not yet even visited and (b) I have only the slightest acquaintance with Aymara culture (from reading, not from personal contact). On the other hand, I am a trained sociologist and can sometimes spot patterns that seem familiar from other societies. My impression: He's a smart man, which is good if he is also a good man. And though he doesn't have a lot of formal education, he's a quick learner. He is a conversationalist, accustomed to dealing with conflict through dialogue with the aim of reaching consensus -- at least, I think so, because that's the way he got to be head of the coca federation and to become his party's candidate for president, and it seems to be the way he is behaving now that he is president. What I mean is that he listens. He also has a clear idea of what he wants to say (for example, to foreign heads of state), because he is the bearer of a message reached by consensus by his constituency. I don't think he can be manipulated by Hugo Chávez or anybody else, because he continues to be bound (by upbringing, continuing social ties, and by the racial definitions in his country) to represent that constituency. Just what constitutes that constituency is going to be the problem, the doubtful area as he comes under increasing pressure from oil and gas companies, secessionists in Santa Cruz, rivals for leadership of Aymara and Quechua groups, other trade unionists and so on. Who comes first in his chain of loyalties? Coca growers? Miners? The Bolivian poor generally, regardless of race or region? I doubt that he's figured that out himself. But I don't know. Maybe he has. And I wonder what he's doing to secure the loyalty of the army.

I can't offer more than this. If any of you have insights, I really hope to hear.

There are lots of other topics I've touched on in this blog -- literature, Spain, Venezuela, God, the romance of tramp steamers being among the most frequent -- and probably lots of other things I should be doing to stimulate conversation about them. I hope you'll use the comments box to let me know what you think, and let me and other readers answer.
Posted by Baltasar Lotroyo at 10:28 PM 2 comments:

Although the Latin American news today is mostly about possible turmoil in Mexico, after a splendidly organized election and a disappointing performance in the Copa Mundial, Venezuela continues to attract attention. I've been asked where to find my comments on Hugo Chávez and current developments there. So, for those interested, here are the links.

On my main website, see
Venezuela: Background of the Conflict
which also has links to:
Hugo Chávez's Triple Struggle
and a short essay on Bolívar & "Bolivarian democracy"

Here's a more recent comment on Chávez & the chavistas from this blog, and a note on my brief face-to-face encounter with him in March 2002 (I liked him then, but didn't entirely trust him as a leader or thinker).

You won't find any mention of Chávez in my book The Land and People of Venezuela, which was published in 1991, before he gained national and international attention for his attempted coup and (apparently) assassination of the president, a messy affair that ended in shambles on Feb. 4, 1992. However you will find a fairly extensive description of the 1989 popular uprising in which Chávez was one of the officers ordered to suppress it, and which (he has said, and I believe him) got him started plotting in earnest to change the whole government structure.

Maybe it's time to write something new about the man and his movement.

Stereopticon view of PLAZA BOLIVAR. CARACAS VENEZUELA 1909, from HOMENAJE A CARACAS
Posted by Baltasar Lotroyo at 4:29 PM No comments: