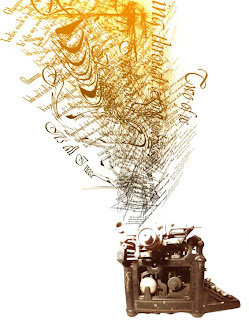 Photo of hornblower in Congress Park, Saratoga Springs, by MIKECNY.
Posted by Geoffrey Fox at 10:32 PM No comments:

Apologies for my long absence. Been busy, here in Madrid for Old Year Night (Noche Vieja) and New Year's, with shows, friends, and a splendid New Year's Eve dinner at the Café de la Ópera, four course meal with wine, champagne and arias -- a joy to hear such strong sopranos, tenors and two baritones singing right next to your table. And last night with a good Madrid friend, we watched (as well as we could, over the heads of the big crowd) Madrid's spectacular Cabalgata de los Reyes, the Three Kings' Parade. Melchor, Gaspar and Baltasar (the three Reyes Magos, or magician kings) steal into the houses at night, with their camels (they're magicians, after all) to leave toys in the shoes of good girls and boys, or lumps of coal for those who have been bad. We grownups just get a virtual hug and a virtual lick from the rough tongue of a royal camel.

But as my gift for you, I leave you Two Stories from Naples: Italica, by Geoffrey Fox. I hope you enjoy them. They're at least better than lumps of coal. Or a camel-lick either, for that matter. See you later, and have a great year! I'll be back soon, later today I hope, to share with you my New Year's resolutions.

Posted by Geoffrey Fox at 10:32 AM No comments: