Like you, I've been wondering what "socialism for the 21st century" might look like. Here's a good overview of what it looks like so far in South America. It's especially interesting for its insight into what it might mean for the relations between Venezuela and its English-speaking, pro-"socialist" neighbor Guyana. The author is Odeen Ishmael, Guyanese ambassador in Caracas. Socialist Ideology Takes New Roots in South America

Also check out the other articles on this site.
Posted by Baltasar Lotroyo at 7:25 PM 1 comment: 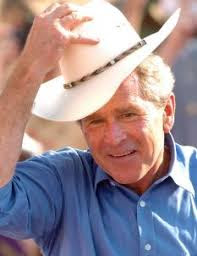 Thanks to Ivan Light for forwarding this list. Now go out and print your own!

(on an infant's shirt): Already smarter than Bush.

You Can't Be Pro-War And Pro-Life

If You Can Read This, You're Not the President

Of Course It Hurts: You're Getting Screwed by an Elephant

George Bush: Creating the Terrorists Our Kids Will Have to Fight

(over a photo of Bush) Electile Dysfunction

America: One Nation, Under Surveillance

They Call Him "W" So He Can't Misspell It

Which God Do You Kill For?

Jail to the Chief

No, Seriously, Why Did We Invade Iraq?

We Need a President Who's Fluent In At Least One Language

We're Making Enemies Faster Than We Can Kill Them

Is It Vietnam Yet?

Guess What? Bush Doesn't Care About Poor White People Either

The Republican Party: Our Bridge to the 11th Century

What Part of Bush Lied Don't You Understand?

Bush Lost Iraq. Deal With It

Posted by Baltasar Lotroyo at 8:15 AM No comments: