Finding bad news in the good

Lighten up, guys! Of course, we all know that Tuesday's election doesn't solve all our problems, but ferkryssakes, it was a victory! And even a small victory is better than a defeat. The point is not that one marginally less corrupt gang of politicians replaced a more corrupt gang, as this sourpuss wants us to believe: Election 2006: Been Down So Long It Looks Like Up To Me

First of all, "corruption" is a process that can affect any living organism, not a congenital defect peculiar to politicians. That's why we have the cleverly designed institutions in our U.S. Constitution, the checks and balances, to control or limit the opportunities for corruption. Politicians, or probably any of us, can submit to influence, unless they or we are suicidally fanatic. A congress made up of incorruptible men and women would mean a chaos of people who absolutely refuse to waver from previously held positions. The closest thing I can remember from history was the early sessions of the French revolution, where nobody was willing to give ground to anybody. And we know where that led: la Terreur (including the invention of Dr. Guillotin), counterterror, and then Napoleon and what was in reality (though not called that) the first world war. Not a pretty picture.

Photo of Abraham Lincoln from For Counsel
Posted by Baltasar Lotroyo at 7:02 PM No comments:

Still, the triumph was sweet!
Posted by Baltasar Lotroyo at 1:23 PM No comments:

Email ThisBlogThis!Share to TwitterShare to FacebookShare to Pinterest
Labels: press 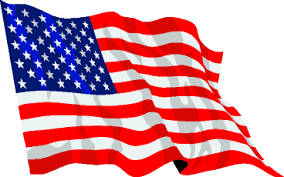 Our warmest congratulations to all of us who worked hard to overcome the ceaseless propaganda, prevarication and vote-manipulation of the Bush-Cheney cabal to regain our U.S. Congress for the U.S. people. Now let's hold the Democrats to higher standards, to prove a real check on presidential power, eliminate torture as national policy, and restore an American politics of optimism in place of the politics of fear!