Eloquent. Persuaded me, mostly. Except we're still waiting for a more realistic policy in Afghanistan.

On the other stuff, I think he's right, and even on Afghanistan — well, we know the other guys, the GOP, would only make things worse, so BHO is the best man available. (Thanks to friend Sylvia for forwarding this link.)

Posted by Geoffrey Fox at 7:29 PM No comments: 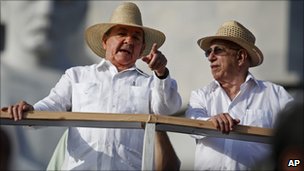 Other gifts for other sultans

While googling for my book's title, I came across the charming and informative article by Peter English.

Saudi Aramco World : A Gift for the Sultan

The sultan in question is Murad (or Murat) III, nearly two centuries later than the one who figures in my novel, but this is a fascinatingly detailed account of an incident in British and Ottoman diplomacy.

I've also just discovered another novel with the same title as mine, A Gift for the Sultan

, published nearly 50 years ago and described as “the intimate novel of a young girl sold into slavery.” According to a reviewer, it is “Based on the true story of Helen Gloag, a Scottish girl that will become the wife of the Sultan of Morocco, after being captured by wild pirates and sold as a slave. Interesting details of the life of the Sultan's court and Middle Eastern culture.” Not my story, and not the same sultan.

There's no end of stories about “gifts” to some sultan or other, usually a girl for the harem, as in Colin Falconer's novel The Sultan's Harem, 1992: “Hurrem, a young, red-headed nymph was "imported" by a prince or "Pasha" of the empire as a gift for the Sultan along with other girls.” (From a reader's review).

The one in my novel is Yildirim Bayezid, the first Ottoman to assume the Arabic title sultan, which he thought would give him more prestige than the traditional Turkish khan. And the “gift” here is the city of Constantinople itself, whose ruler is willing to surrender because…

But read the novel. Especially if you're interested in the history of Muslim-Christian conflicts and connivances, which become quite complicated when money was/is involved.

Posted by Geoffrey Fox at 4:46 PM No comments:

I've just spent the whole day updating (and renaming) my website, now called Fiction & Social Thought (I thought it would be too confusing to have two "Literature & Society" pages).  Please take a look and let me know what you think. It was time for an overhaul, especially now that I have a new novel out.

And for those few of you who have read it in advanced copies, now that it is at Amazon, be the first (or the second or the third) to review it! Please!

P.S. The image of the book cover (left) sometimes comes up and sometimes doesn't. If not, try refreshing your screen.
Posted by Geoffrey Fox at 8:13 PM 2 comments:

I just learned of the death of my dear friend and mentor. He was always encouraging of my work, and I had hoped to share with him my new novel. Even in his nineties, he remained active as a writer, lecturer and reader. A dear, adventurous, generous man.

Among many other things, he did several ambitious translations from the French. This is one of them.

Posted by Geoffrey Fox at 12:09 PM No comments: