All my life I've wanted to look older. Now it seems I have at last succeeded. Twice in the past week, the children who nowadays sell tickets to museums and movies have asked me if I wanted the senior citizen discount. And last night, as my companion and I were walking home from a movie ("Russian Ark," since you ask), some stranger called out, "That's right, Pops. Take care of the lady."

I don't mind the years -- experience is a growing treasure. I do though want to retard the other effects of aging, the ones that could keep me from further interesting experiences. Coloring my beard is obviously not sufficient. So I rely on two techniques: physical exercise, to keep the machinery going, and fiction. To have the most exciting experiences imaginable, all I have to do is imagine them. And while I'm doing it, it doesn't really matter what I look like to people on the outside.

But I think maybe I will try again to color my beard. No point in provoking the ignorant young whippersnappers.
Posted by Geoffrey Fox at 5:58 PM

Daniel del Solar has forwarded a letter from self-described "Podunk university English teacher" Luciana Bohne, who complains that a junior said to her, without embarrassment, "I don't read." Prof. Bohne warns that "Without minds or hearts, [such students] are instrumentalized to buy whatever deadens their clamoring and frightened senses--official lies, immoral wars, Barbies, and bankrupt educations." 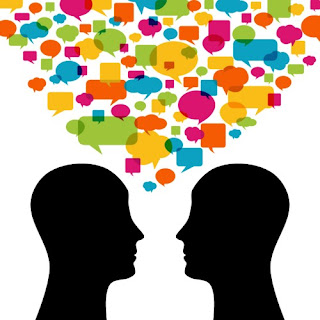 Prof. Bohne, what you are experiencing is a mere ripple of the Third Cataclysm of Consciousness -- the third major degradation of thinking and imagination since humans first started flaking stones for tools. We are entering what will be remembered (if anybody still remembers how to remember) as the Post-literate Age.

The First Cataclysm began around 1000 B.C. with the invention of writing -- at first, thought to be no more than a handy way for the king's minions to keep track of who owed taxes and where the grain was stored. The terrible effects of this invention have been exhaustively explored by Julian Jaynes (1977), The Origin of Consciousness in the Breakdown of the Bicameral Mind. Boston, Houghton Mifflin Company. They included the loss of memory (people relied on marks on clay tablets instead of their own memories of the songs of their people) and, far more disturbing, the loss of the voice of God.

The practice of reading, Jaynes argued, creates neural connections between the left and right hemispheres of the brain, so that auditory right-brain impressions are no longer independent of left-brain analysis. In Homer, whose songs were elaborated in an oral culture long before literacy was introduced, the heroes literally [sic] hear the voices of their gods; later Greeks, infected by literacy, no longer could. I'm not doing Jaynes' brilliant book justice, but that's the main idea. For more, see his many fans' website.

Beyond Jaynes, we can see that the First Cataclysm is still continuing. Whenever literacy is introduced into a previously oral culture, the young lose their awe of the ancient traditions and their respect for their elders, and they also lose -- even when they try very hard -- the ability to improvise long heroic songs fluently. Well, Walter Ong can tell you a lot more about that problem. Cf. Ong, Walter J. (1982). Orality and Literacy: The Technologizing of the Word. London and New York, Routledge.

The Second Cataclysm is also still going on. This was the popularization of printing, which had its most immediate deleterious effects in Europe. Benedict Anderson makes a convincing case that the proliferation of cheaply printed books, pamphlets, sermons and so on in the vernacular languages spelled the end of Latin as a universal language among the tiny, international learned elite, and gave a huge boost to nationalist sentiment. From there it's been downhill all the way to Slobodan Milosevic and the unfortunate Zoran Djindjic, not to mention Israelis and Palestinians, or Timorese and Indonesians, or any of countless other bloody conflicts. Cf. Anderson, Benedict (1991). Imagined Communities. London, Verso.

Of course, in the wake of each cataclysm, new generations were born not knowing the value of a single universal language, or the even greater glories of oral culture. And there grew a class of people who actually enjoyed reading and thought they were superior because they knew how to do it. Even today, there are little groups of people trying to return to oral cultures, and larger societies struggling to preserve the ancient languages -- Sanskrit, old Greek, classical Latin, Icelandic.

And no doubt there will be many like us, the old timers, who cling to our print-literacy culture even after it has fallen completely into disuse. The new generations will have no trouble communicating with one another without reading print, but still, we Old Timers fear that they will be missing something. And we will be right.

Just as you and I have lost forever the voices of our gods and the enchantment of bowing a one-stringed fiddle and improvising heroic verses for days on end. So, the loss is inevitable. All we can do, like the bards of oral societies and the chanting monks of early literacy, is to cling to our traditions as long as we can.
Posted by Geoffrey Fox at 11:17 PM No comments:

Inventing, and destroying, the wheel

Speaking of consequences, as the Bush Administration and its "coalition of the willing" (Spain, Britain and the ever-powerful Bulgaria) prepare to bomb massively the cradle of civilization, do they have any idea what they will be obliterating? It all started there -- the wheel, writing, cities, empires, right there in Mesopotamia ("Between-the-Rivers," i.e., the Tigris & Euphrates that frame Baghdad). It's like killing your own mother, except worse: like killing your own mother while you're still attached at the umbilical cord. Oh, well. This is probably just sentimental nonsense. We can probably level Baghdad and obliterate every sign of our ancient heritage without feeling any loss. Except, that strange twinge, a twitch in a phantom limb. So they gave us the beginning of civilization. Fine. We've got it, we've ballooned it into a massive world-wide system, and learned to use it to destroy far more effectively than those ancient charioteers with the braided beards. And we don't need them any more. Funny, though. I think I just heard somebody say that same thing about us.
Posted by Geoffrey Fox at 8:53 PM No comments:

Too easy to change the world

The assassination of Zoran Djindjic confirms (it seems to me) the statement I've put up (to the left of this column) describing the premise of this weblog. Nineteen guys with boxcutters, one guy with a sniperscope, a pack of zealots who stole an election and now control the US Armed Forces, can change the world. Nobody is bothering to think about the consequences.

[The statement referred to, since removed, said something like: "The revolutionaries have only changed the world. The point, however, is to understand it." See Marx and Engels, The German Ideology.]
Posted by Geoffrey Fox at 8:39 PM No comments:

A mistresspiece of internal monologue. The reader gets to eavesdrop on the conversations that Clarissa Dalloway and her acquaintances imagine but dare not or know not how to speak. This is a subtler and wittier X-ray than Orwell's of the anxieties of the lower middle, middle middle and upper middle classes, groping for a new normality after the trauma of the Great European War. Septimus Warren Smith, the war hero driven mad by that war, and his obtuse but self-assured doctors symbolize a whole eddy of misunderstandings, while Clarissa submerges her doubts by organizing a party where the guests make no gesture without calculating the impression they might create on others. I thank the makers of the movie "The Hours" for getting me to engage in this delicious read.

More fiction commentary, including a recent note on Stephen Crane, is available here.

Posted by Geoffrey Fox at 3:14 PM No comments:

My apologies. Since you have been good enough to drop by now and then, I should at least be offering something interesting to read, and I've been neglecting to do so lately. My excuse: writing time has been focused on the Latin American architecture book, and on querying agents to place my novel. I expect to report developments on one or both of these soon.

Meanwhile, I have little to say on the impending war on Iraq beyond what you have already heard. I am sure that you and I are in agreement; the whole world seems to agree, except those who are in the Bush Administration or are in some sense in its pay. Perhaps in the very long run, Bush's reckless destruction of America's economic and diplomatic preeminence will be a good thing for the world -- but what a waste of an opportunity to do good!

Posted by Geoffrey Fox at 3:04 PM No comments: