My mother was a lover of sects and violets. African violets gave her a pleasure whose source I never quite understood: whether their color, their fuzziness, or their function as reminders of some pleasant time.

I can't be blamed for the violets, but her interest in sects may have been mainly my fault. She probably would have remained content with a vague Protestantism as soft and fuzzy as her violets (especially in its vision of the afterlife). But she accompanied me -- that is, she observed and reflected upon my behavior -- as I searched for the One Great Truth somewhere in the nebula of hints and promises of Protestant Christianity. When I was 13 or 14 I thought that I had found it in Christian Science, that extreme expression of American positive thinking (evil, illness or misfortune are mere illusions). Before I even finished high school I had given up that attempt at faith in the Incredible, but my mother persisted, partly because the Scientific Statement of Being had the added attraction (for her) of having been written by a woman.

In college I read up on Hinduism, Buddhism, Islam, and my college roommates briefed me on Judaism. Some Baha'is took me to their splendid mosque-like temple in Boston (also, incidentally, home of the Mother Church of Christian Science). Baha'ism was appealing, with its claim of the ethical oneness of all religions -- that is, disregarding their peculiar dietary, sartorial and other ritual demands. But if all the gods are the same God, then what is God if not Us? The rules of behavior that the Baha'is claim to find in all the great religions (those that have survived for many generations and that appeal to the largest numbers of believers) are simply those that work best for the survival of our species: don't murder, don't steal, help one another out when someone is in trouble.

By this time I was also reading Marx. We make ourselves and our social orders, and every social order contains forces capable of destroying that order and creating a new one, and we are therefore free to make or destroy if only we understand that we have that power ("consciousness"). I liked that. And although today I would not call myself a "Marxist" (neither would Marx), many of his expressions and his whole approach to philosophical issues remain part of my thinking.

What I would call myself today is a "pragmatist." When I read Rorty, or Peirce or William James, I feel that I'm in a conversation with like-minded friends. Also, Jeremy Bentham (despite his unmusical prose), Benjamin Franklin or Voltaire (much better stylists), all of them (to my mind) pragmatists avant la lettre -- that is, before Peirce invented the term and James and Dewey and others popularized it. It is not an exclusively American philosophy (I've already mentioned Bentham and Voltaire), but it is especially typical of America, a country where anything is believed to be possible and it's up to us to realize those possibilities.

We have no choice but to make choices, though for many people the choice is to deny that we have any choice. That is, they choose to submit themselves to some higher authority (such as Allah, Jehova or karma). Pragmatism, or Marxism, in my reading of it, or any philosophical starting point that denies a higher authority and absolute moral judge, requires more courage than many people can muster. You have to be willing to assume responsibility for your own actions and your own decisions of right and wrong. And to face the music when things go wrong, making do with whatever you have at hand and not expecting some miracle to save you.

I enjoyed this essay by Stanley Fish, which says in more detail and a more complicated vocabulary pretty much what I had worked out for myself, with a lot of help from the authors I read. The problem now is how to survive as a pragmatist in a world full of fanatics. Sometimes the most pragmatic option is to pretend to believe.

Posted by Geoffrey Fox at 1:23 PM No comments:

Backstory: How The Texas Textbook Revision Came To Be

Posted by Geoffrey Fox at 4:34 PM No comments:

Email ThisBlogThis!Share to TwitterShare to FacebookShare to Pinterest
Labels: education, US politics 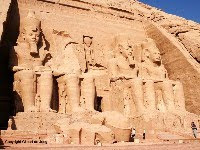