Toward a sociology of satire 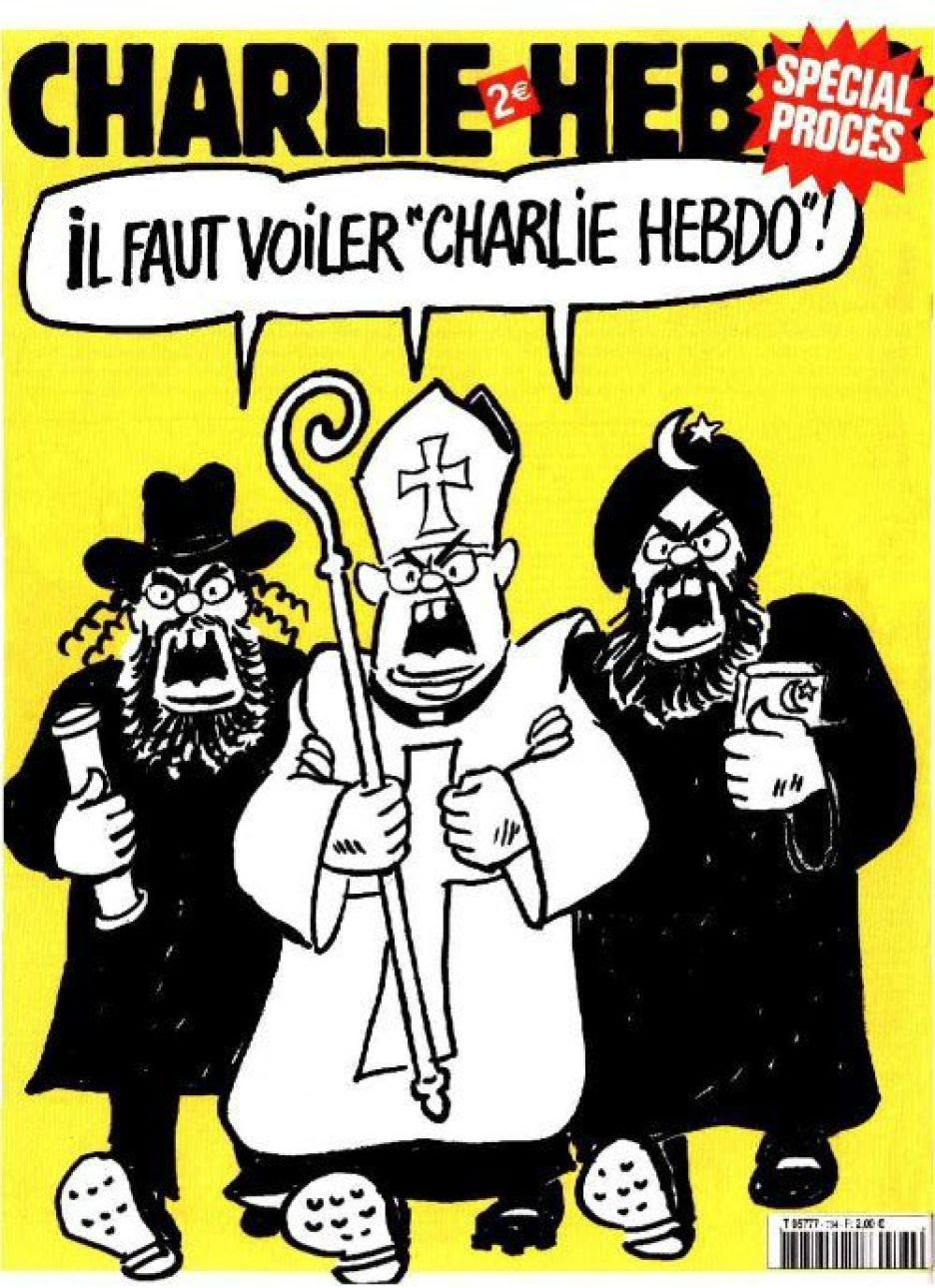 We've been reading a lot of serious stuff about humor since the assassinations of the "Charlie Hebdo" team and the related assault on the supermarket in Paris. It's really hard to joke about so much blood. But sometimes humor is the best, or even the only, way to deal emotionally with such trauma, without totally breaking down. And that's really what satire is about, coping with horror by laughing at it. That's what the latest cover of "Charlie" has tried to do. But millions of people don't get the joke, and can't be expected to, because the kinds of horror they're facing is something entirely different from "Charlie"'s audience.

Satire is an interplay of three terms: author, target, and audience, and they have to work in concert. The author is looking for a laugh at the expense of people or practices that make him and his intended audience uncomfortable. The laughter is supposed to be cathartic, a release (however brief) from that discomfort or fear.

For it to work, the audience has to recognize the target and share the author's discomfort.

And there's the problem. Or several problems. To wit,
And those are some of the problems with "Charlie Hebdo" and all satire today. But we have to keep laughing, every chance to get, whenever we start quaking with fear. Even, or especially, when we're afraid somebody who is offended is going to try to kill us.

Posted by Baltasar Lotroyo at 11:25 PM No comments: