I'm tickled to have a half-dozen discriminating "followers." I don't suppose that means they read everything I post here, but at some time they found something interesting enough to sign up. If you've just stumbled upon this blog, I'd like to introduce you to these folks who are pictured at left.

Posted by Geoffrey Fox at 7:40 PM No comments:

Here it is, that anthology of "living fiction" I mentioned earlier, with one of my stories. As I said in Facebook, I get a little thrill almost like the one my character in the story experiences, every time one of my fiction pieces comes out. Above Ground book trailer (YouTube)

Posted by Geoffrey Fox at 1:51 PM No comments:

YouTube - Michael Jackson - Earth Song
Thanks to buddy Dennis Hidalgo for pointing to this. It's fine. (Sad to see you go, Michael.)

Posted by Geoffrey Fox at 7:09 PM No comments:

"I saw my parents having sex" 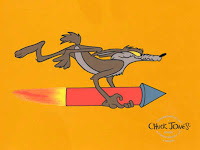 I know you haven't seen evidence lately, but honestly, I have been thinking about things that deserve the mental effort. Especially about the transformation of our entire social universe. The collapse of capitalism as we knew it, the dissolution of the old publishing industry, and other changes. And what remains in the midst of such change. As someone said in an earlier epoch of massive social transformation, "All that is solid melts into air." Today we might say, all that is routine dissolves into cyberspace.

The apparent silliness of Twitter is a clue, not as silly as we first thought. We scoffed, saying How can you say anything worth saying if you reduce it all to 140 characters?

Well, you can say something important in a lot less. Like "Help!" Or "I love you." Or, the way Twitter is used by many of us, "That way" -- followed by a tiny url, like this: http://blip.tv/file/2269422. That's how I found the panel I mentioned yesterday. A tweet with its url sent me to a 15-minute video -- the video contains many more than 140 characters, even more than 140 sentences, but I knew about it because of a "tweet."

The collapse of the capitalism we loved to hate is also implied by the dissolution of old-style publishing which is the subject of that video I just mentioned. But I'll hold that for another blognote, a sequel to this one. For now I want to understand what this means for a writer, like me, who has composed a long narrative fiction. A "novel."

Like almost everybody, when the landscape changes I stick to the old routines, running straight off the cliff like Wile E. Coyote. I've sent out queries to literary agents whose websites presuppose that we are still in the '80s, trying to persuade one of a tiny pool of editors in one of a dozen publishing houses, who may then start the process leading to the printing, distribution and (probably) ultimate pulping of pages containing my text. Which maybe some people will have read before it gets pulped, and maybe some small part of those people will have paid money to buy the book, possibly enough to pay for all that apparatus (commissions, salaries, paper, printing, shipping) and just maybe with enough left over to pay me something. It didn't work very well in the '80s and now -- well, like friend Wile, I've just looked down and seen that there's nothing there. Or almost nothing.

But maybe I'm underestimating the agents I've queried. They too must know that their world has changed, that now it's possible for someone with a long narrative fiction to make it publicly available without passing through that apparatus, the "publishing industry." But if I do it all on my own, for example, if I just post my novel on the web, what's to distinguish it from all the other cyberjunk circling our globe? I'm happy to write the narrative. But much as in the old times, I could use some help in getting it out to potential readers.

So I think I do need the agency of someone to guide this work to where it will get some attention. A literary agent, we might still call that person, but not one who is focused on her contacts in the publishing houses that produce and distribute texts on paper.

Maybe, as I said, the agents who have requested my sample pages understand all this (two of them have got it now). Or maybe not. At least one agent (not yet on my query list) does seem to understand. Colleen Lindsay is the one who sent me to that panel on Twitter and publishing. I wonder how she sees the agent's role now. Should she help an author package the work, with links, trailer, illustrations and whatever else? Insinuate the work into network sites?

"Twitter won't save publishing, and publishing should not be saved. But books may save Twitter," says Richard Nash (@R_Nash) Some really interesting ideas here.
twitter Publishing at the 140 characters conference - day 2

Posted by Geoffrey Fox at 11:56 PM No comments: