Thanks to all of you who have expressed your concern. Susana and I are fine, the tremors in Lorca were barely felt in Carboneras, though we are only 75 km. away. We know that little city and know people who live there, and have been watching events there closely, but so far no one we know has been seriously hurt.

We're in Madrid this week, celebrating San Isidro and seeing theater and films, and next week we plan to visit Galicia (Santiago, Pontevedra, A Coruña), and (for now) have no internet connection while traveling, so I may not be posting another blog this month. Hope you don't miss me terribly.
Posted by Geoffrey Fox at 6:07 PM No comments:

A love affair across the centuries 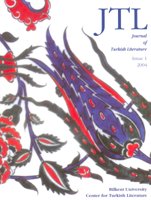 The Russian Orientalist Nicholas Martinovitch (1883-1954) fell madly in love with the object of his research, a Turkish poetess who had died, he believed, more than 350 years before his birth. I have just uploaded my essay on this peculiar love affair, introducing Martinovitch's monograph on the 15th century Turkish poetess Mihrî Khâtûn (or "Hatun" in modern Turkish), which appeared in the inaugural issue of the Journal of Turkish Literature (2004).

I had discovered Martinovitch's unpublished, handwritten manuscript in the New York Public Library, while researching background for my novel A Gift for the Sultan. Readers of that novel may recognize Mihrî's name: I used the full version of it, Mihr-u-Mah ((Persian for "Sun and Moon") as the flattering name that the Turks bestow on the young Christian princess who is in their charge.

You can read my brief introduction free on Scribd: A Love Affair Across the Centuries.

My novel A Gift for the Sultan is available in electronic (Kindle) or printed paperback edition from Amazon, where you will also find 8 customer reviews, all of them positive (including the one Amazon considered the most critical). It is also available as an e-book (all formats), at the same low price ($4.99), from Smashwords, where there are so far no reviews.
Posted by Geoffrey Fox at 12:29 PM No comments: