The image of a fratricidal Spain divided in two irreconcilable camps goes back at least to the Carlista wars of the 1830s, but it was Antonio Machado (1875-1939) who gave it its most memorable expression : 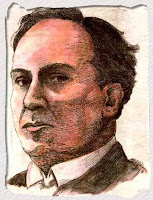 (There is a Spaniard now who wants/ to live and begins to live,/ between a Spain that is dying / and another Spain that yawns. / Little Spaniard coming /into the world, may God protect you. / One of the two Spains / is destined to freeze your heart.)

The poem is quoted endlessly, perhaps most effectively in the voice of Joan Manuel Serrat. For the little Spaniard coming into the world, there is a Spain that is tolerant, optimistic and progressive, and for these reasons also too trusting and vulnerable. There is another Spain that is cynical, authoritarian, pessimistic and intolerant. The second one has always done all it could to kill the first one, and by the end of the 1936-39 war, its proponents, led by Generalísimo Francisco Franco, were confident that they had succeeded, and that unwavering and hierarchical authority, merciless policing, and strict Catholicism in the schools and family law, would ensure forever one united Spain with only one way of thinking, one loyalty, one faith.

But tolerant, optimistic and progressive little Spaniards continued to be born, and in the years since Franco's death they and allies abroad, now less naïve, have constructed a wider space for themselves and for many Spains.

Too many, perhaps, to create a coherent government. Seventeen autonomous regions, as I mentioned last week. And though the democratic institutions appear far less vulnerable to antidemocratic forces than in the Second Republic (the one that was destroyed by the 1936 military uprising), the multiplicity of autonomous regions, along with other linguistic divisions, create gaps for the authoritarian, antidemocratic Spain to assert itself. An especially outrageous example occurred this past week: The Supreme Court permitted the Falange, the party behind the massacres and repression of the Franco forces, to sue the judge who began (finally, many years after the events) to investigate the crimes of Franco! Judge Baltasar Garzón became known outside Spain for his prosecution of the criminal generals of Argentina and Chile, and other places. But when, under great pressure from Spaniards whose families had suffered under Franco, he began investigating similar outrages in this country, he gets accused of "abuse of authority" (prevaricación is the Spanish legal term), as though the decisions of that 40-year dictatorship could not be questioned by a mere judge. We'll be watching this case closely; it is a test not only of Garzón (who has been under enormous pressure also because of his investigation of political corruption by the rightwing Partido Popular), but of the entire legal system.

Also to be closely watched: The equally outrageous decision of the courts to fine and jail two prominent journalists for publishing accurate and important political information -- the same as had already been published in print -- on the web.

But it's late here, and we'll need to develop these thoughts in coming notes. Coming soon: a discussion of how language plays into questions of identity and regional conflict. Because the many Spains don't all speak the same tongue, or at least not at the same time.

(For earlier notes on Spain, click on keyword "Spain" below.)

Posted by Geoffrey Fox at 6:22 PM No comments:

I didn't know this. It's important, to help us know how to direct aid resources. Thanks to Dennis Hidalgo for posting. Professor of History: Haiti’s Environment and Social Justice
Posted by Geoffrey Fox at 6:09 PM No comments: