Laura Axelrod has summed it up beautifully, and reminds us of our (temporarily, I hope) loss of the tradition of outrageous satire in the U.S.

Posted by Geoffrey Fox at 12:49 PM No comments:

Email ThisBlogThis!Share to TwitterShare to FacebookShare to Pinterest
Labels: France, journalism, US politics

Ulrich Beck died of heart-attack on January 1. To remind us of some of the important contributions of this very original social thinker, I am reposting this review which first appeared here in 2007.


Power in the Global Age: A New Global Political Economy by Ulrich Beck
My rating: 4 of 5 stars

In this much-praised essay, Ulrich Beck, German sociologist and professor at Ludwig-Maximilians Universität in Munich, demonstrates why neither nation-states nor international capital alone can save us from the many dangers of the "globalized" globe, and proposes an alliance of these two forces (which can't be ignored) with global "civil society" movements -- not to withdraw from globalization, but to engage it and realize its potential for making a better world for all of us.

Beck argues that: 1. The most urgent problems are now too global to be dealt with effectively by any state (global warming, pollution, exhaustion of carbon fuels, AIDS and other diseases, immigration, terrorism, etc.); 2. Transnational organizations (UN, WTO, NATO, etc.) are clumsy and ineffective, because they are still playing by obsolete "rules" of seeking common ground among states rather than among citizens; 3. Global capital is thus unrestrained by laws except companies' own "extralegal laws" of agreements among themselves, and exercises power over states by nonviolent means of threatening not to invest (in, say, Bolivia, if its laws become too uncomfortable) -- though companies do have to invest somewhere in order to survive, and fierce competition among and within companies makes their leaders' power precarious; 4. Global NGOs can exploit the vunerabilities of global capital (e.g., by organizing consumer boycotts) and pressuring states (e.g., by mobilizing voters and demonstrators), either to solve terrible humanitarian or ecological problems (e.g., Greenpeace, Amnesty International) or exacerbating them (e.g., al-Qaeda -- which is another kind of global nongovernmental organization).

The only hope for humanity is for these three forces (states, which are still necessary instruments of power, enlightened global capital, and global civil society) to combine forces as cosmopolitans, meaning that they feel themselves as belonging simultaneously to the cosmos and to the polis ("glocalization"), not to impose a Western vision of democracy or American culture or any other particular ideology ("universalism" of this sort is imperialism), but recognizing and accepting "the otherness of others" (die Andersheit der Anderen), different strokes for different folks, all recognizing one another's rights to live in a better world.

He says all that in far too many words (my favorite, from p. 286, is Globalisierungsbefürwortungsgegner, rendered by the translator as "opponents of the pro-globalization lobby") and occasionally surrealist metaphors (cosmopolitans should have "both roots and wings" he says over and over), repeats ideas and even phrases, and tells you many things that you already knew (e.g., Pres. Bush's attempt to impose his own sketchily-developed vision of a world order has had and can only have disastrous results, in Iraq and everywhere). Still, the basic ideas (the 4 points numbered above) are probably valid and well worth thinking about and maybe even acting upon -- the utopian (his term) cosmopolitan vision is a lot better than any of the alternatives under discussion.

View all my reviews
Posted by Geoffrey Fox at 2:07 PM No comments: 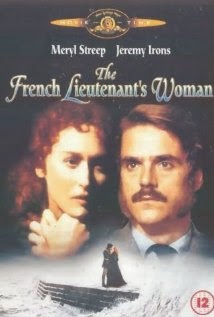 Anyone who has seriously attempted it knows the impossibility of representing past events authentically, as they were lived and felt by the people involved. Michael Graves was surely aware of this impossibility when he impersonated a Roman noble of the 1st century A.D. in I, Claudius. John Fowles, in The French Lieutenant's Woman, interrupts his narrative to acknowledge the impossibility of truly understanding the thoughts of his character Smithson, who is, like Fowles, an Englishman and lived only a bit more than a century before Fowles' book. People then just didn't think the way we do. Even in our own families, in overlapping generations, grandchildren and grandparents are often bewildered by one another's reactions and behaviors.

There are authors unaware of this gap, and who present a Cleopatra or a soldier of Napoleon's Grande Armée as though they saw the world just like, say, a contemporary American teenager or a Green Beret. They put contemporary characters into past situations, changing little more than the wardrobe. But when you and I read historical fiction, we demand something more. We want to get into the minds of those very foreign people. People in the past just don't think and act the way we do. It's not just a question of how much they know or what tools or weapons they have available — all that is important — but, more mysteriously, the ways their brains are configured.

The biggest break between one kind of thinking and another comes, historically, with literacy. As Julian Jaynes, Walter Ong, and the pioneering work of Vygotsky and Luria in Uzbekistan and other neuroscientists and diverse scholars have made clear, the neural paths that connect and stimulate different parts of the brain change enormously with literacy. As Jaynes put it, preliteracy we used to hear voices that seemed to come from afar but were really memories stored in one hemisphere of the brain, whereas learning to read connects the two hemispheres so that one half of the brain is aware of what the other half is firing off in electrons.

But the changes don't end there. Even in a society where everyone is literate, new technologies — the telegraph, then the telephone, then TV, and on to Smartphones and Whatsapp — create new neurological connections. Our concepts of time have changed enormously, but also our sense of relationships in an era where one can suddenly acquire a zillion "friends" or even "followers" without leaving home.

In my case, in my novel in progress, I'm trying to understand and to present to readers the thinking of people who acted in — whether for or against or just trying to survive — the Paris Commune of 1871. They spoke a different language from the one I'm using, but more than that, they lived in a culture that was more oral than ours (not everybody knew how to read, and only a minority read anything at all complicated), where inner city mobility was either on foot or by horse-drawn vehicle or on horseback, and where relationships — men and women, or comrades of the same sex, or rivals — obeyed different traditions from ours.

But we must try to reach them, if we are to understand anything about the Commune and thus to understand how the western revolutionary tradition emerged and how it has changed. We can come closer to understanding if we read carefully what they themselves said about it, and the testimony left by survivors of the bloody massacre of May 1871, together with court transcripts and newspaper reports and other documents, is abundant. We can come closer, but we cannot quite reach them. So my solution, like Fowles' in The French Lieutenant's Woman, is to acknowledge the gap, to let readers know that I am aware that those people are and ever will be different from us.

References:
Julian Jaynes, The Origin of Consciousness in the Breakdown of the Bicameral Mind
Walter Ong, Orality and Literacy
On Lev Vygotsky and Aleksandr Luria: 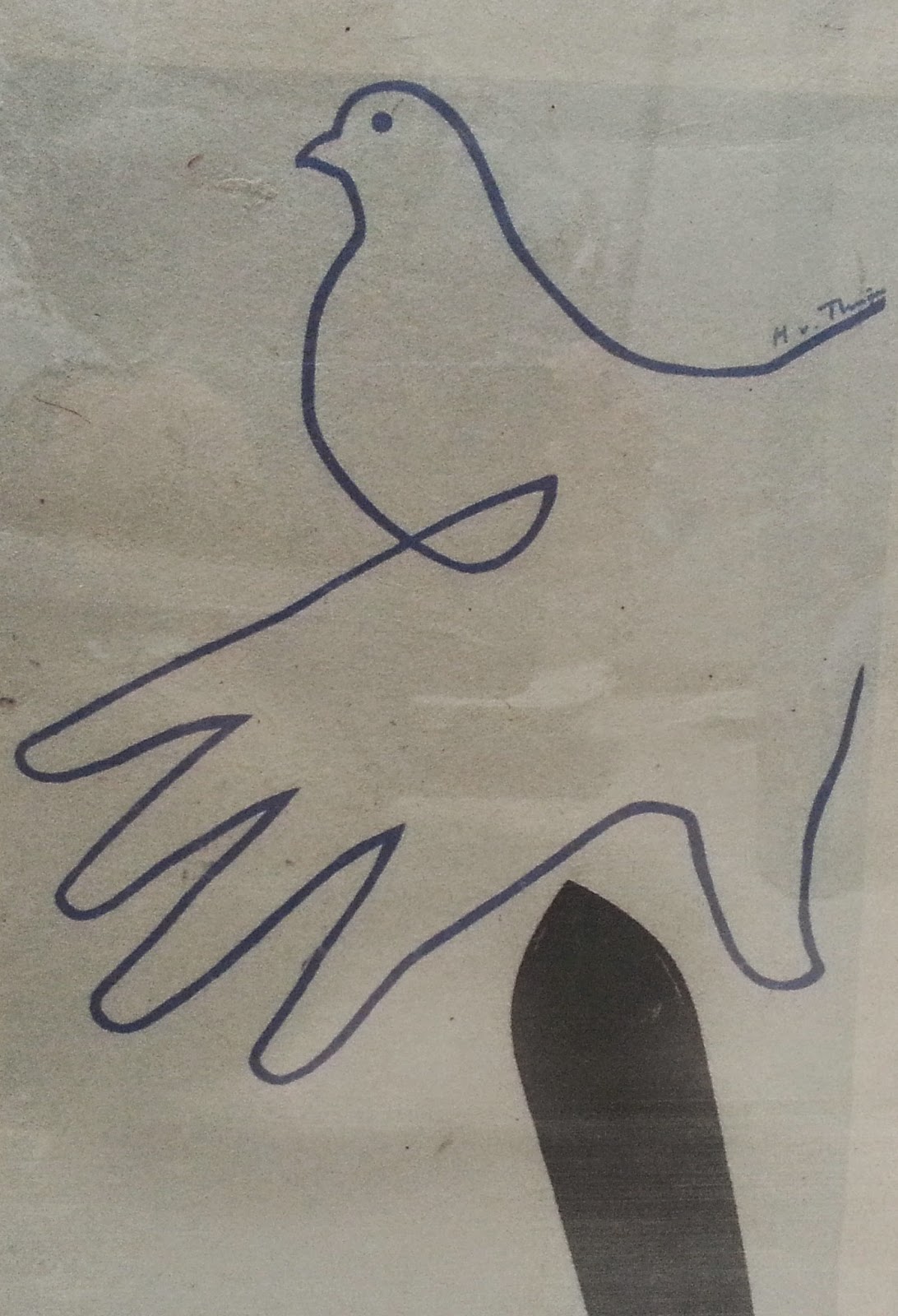 In case you haven't seen this, there is a petition going to Lt. Gen. Claude M. "Mick" Kicklighter of the Vietnam 50th Anniversary Commemoration Program, demanding that any commemoration include all of us who protested with all the energy we could summon against that monstrously cruel war.

If you too were active, here's your chance to sign and describe some of what you did. Together, we finally made it impossible for them to continue — making it clear first to LBJ, and then to Nixon, that they couldn't keep the peace at home if they continued the war abroad.

Here you can find my statement, along with those of all the other signers, describing a little bit of how we were involved in those actions.

Posted by Geoffrey Fox at 8:06 PM No comments: