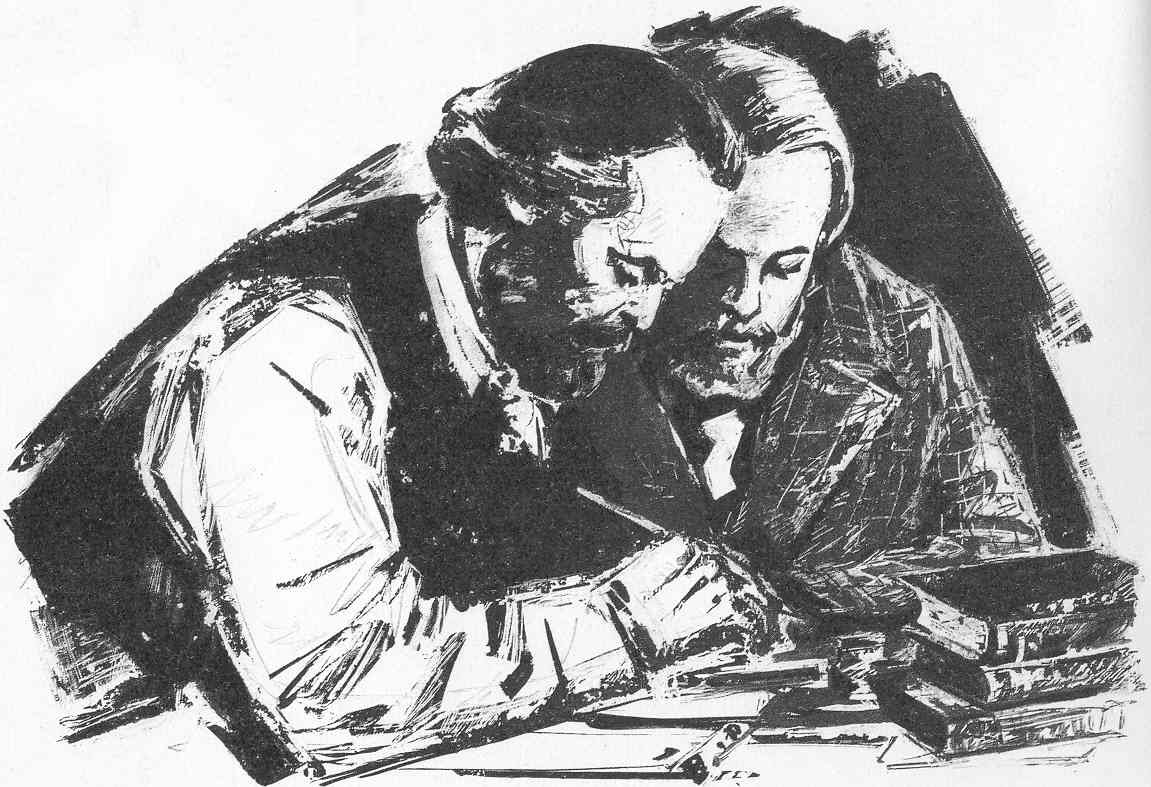 A discussion in LinkedIn, about whether or not it is ethical for the editor of a work to publish a review posing as an independent critic— is deceit ever ethical? —, reminded me of Engels' many reviews and promotional copy for works that he himself had worked out with Marx, including his enthusiastic blurb for a book that he had written entirely but that he published under Marx's name.

Now was that deceitful? Well, yes, in the same way any promotional copy is. Or just a clever move to attract attention to ideas that he and Marx shared? Marx didn't mind for his own sake — the ideas expressed were his and Engels' — but was probably a little saddened that his brilliant friend would be so self-effacing as to disguise his authorship. And Engels was not really trying to fool people about his involvement in the theory of dialectical materialism, which was already notorious.

Their collaboration was closer and more complex than I had imagined. I just discovered this quite fascinating discussion. It shows where Engels took the lead, and where he followed or merely elaborated, and is a persuasive refutation of arguments that Engels had misunderstood or oversimplified Marx. Both the strengths and errors of their analysis have to be attributed to both of them.

By the way, yes, of course it is unethical for an editor to pose as an independent reviewer, and also unnecessary: one can still say nice things about a book as an editor. Another note: I'm still looking for that pamphlet or book I mentioned above. But actually Engels was involved in almost all Marx's works, in some cases the primary author, from the Communist Manifesto on.

The anonymous dual portrait above is from this archive.

Posted by Baltasar Lotroyo at 1:32 PM