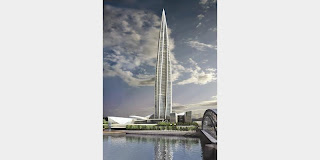 
For those who have the patience for this sort of thing, I include my notes on Wood's book, The Origin of Capitalism. You can easily find further discussion on the web, or better yet, get her book.


Elegant & persuasive critique of all theories (including Marxist) that assume that capitalism is the natural evolution of any market to which all societies tend once obstacles are removed, or that it emerges as a consequence of demographic and/or technological changes. Markets & trade are not proto-capitalist, operating not on maximizing profit, competition, and compulsion, but on older principle of buying cheap in one market (say, Samarkand) and carrying goods to sell dear in another (say, Constantinople). Capitalism—"a system in which goods and services, down to the most basic necessities of life, are produced for profitable exchange, where even human labor power is a commodity for sale in the market, and where, because all economic actors are dependent on the market, the requirements of competition and profit maximization are the fundamental rules of life"—first emerges in one place only, the English countryside, NOT all of Europe and not in the cities, because of peculiar conditions there: exceptionally wide land holdings by lords, municipalities & other corporate entities with autonomous powers, who could rely on their economic power (to demand rents) and forego use of military power to extract surplus. Reliance on rents that varied according to market conditions, including the productivity of the land, made these landholders interested above all in productivity, thus on organizational & technical improvements, inducing enclosures. The dispossessed ended up in the cities, especially London, which grew to become the first mass market for cheap consumer goods. English capitalism benefited enormously from its overseas empire, but it grew in the first instance in response to its domestic, mainly London, market, which became so powerful it obliged other countries to modify their economies to serve it (00/3/20).

Posted by Baltasar Lotroyo at 8:59 PM

That certainly sounds like a fascinating and instructive exhibition. I wish I could see it.
Wood has a more narrow definition of capitalism than I do. While I think her point about events the 15th century is important (and I recall that Marx somewhere writes about usury laws promulgated by Henry VIII) it seems to me only a step in a long process. My understating is that banking as we know it (in Western Europe - goodness knows what was going on in China and India) began in Florence with the Medicis. Loaning at interest was well known in Classical Rome, and there are what are in effect banking regulations in the code of Hammurabi, about 1700 BC. I’m sure the developments Wood describes were important and made things worse, but it seems to me that once we set our feet on the path of earning money with money we had set our feet on the path of commoditizing labor.

Wood's definition is of course contested by other, especially conservative, historians. I appreciate her narrow specificity, her argument that "capitalism" as we know it is qualitatively different from more ancient, almost universal market exchanges & credit arrangements. The exaltation of profit above all other considerations and valuing human efforts mainly as commodities (the essence of her definition) are NOT universal practices, and can be and are regularly opposed. Thus Wood's argument points to where and how to struggle (without having to combat every market or credit system, even the benign ones).